This seminar note addresses the practical issues that may arise for vocational assessors from the much discussed decision in Hannover Life Re v Jones. 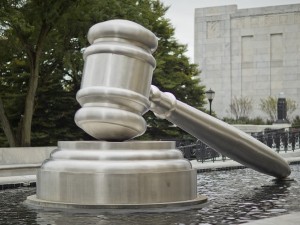 This seminar note addresses the practical issues that may arise for vocational assessors from the much discussed decision in Hannover Life Re v Jones.

To start with, there is a real question whether Jones constitutes a ground-breaking revision of the law relevant to EAs for TPD cases, or is a case decided mainly on it’s facts and heavily influenced by the fact the particular EA relied upon did not address the psychological impairment.

All impairments must be considered

All impairments which potentially impact on capacity must be considered or the Employability Assessment (EA) cannot be safely relied on by the Insurer. There was no separate psychological assessment of the member despite the presence of clearly identified secondary psychological symptoms. The Court of Appeal held that as the psychological issue had not been properly considered by the EA in selecting work options the Insurer’s assessment based on the EA was unreliable and should be set aside.

Clearly an EA which does not frankly address and select work options with regard to all relevant physical and psychological factors is not reliable. This has always been the law.

Unfortunately this factual matter significantly impacted every element of this Judgment and makes extracting specific guidance on what is required of an EA, and determining whether this is more than just a case on it’s facts, extremely difficult.

From ETE to work options

This decision confirmed that an EA must start with the insured member’s “education, training or experience” (ETE) and move outwards to identify suitable work options within their capacity, rather than working backwards from residual capacity to identify work options within that capacity and to then assessing if the insured member could do that work.

Given the language of the standard ETE clause that result was anticipated.

It is important to remember that while TPD and IP policies insure the capital asset of “earning capacity”, so that the same expert issues underlie the assessment of TPD and IP claims as well as common law and workers compensation claims, the contractual nature of the arrangement means that there are significant differences in how a TPD or IP claim is to be assessed by the experts and those relying on them.

Fortunately this approach will not require any change of approach for experienced vocational assessors, as good practice in the assessment of employability, as well as earning and work capacity, has always involved this approach both for forensic reasons and because of this likely legal requirement in TPD. In this respect the decision merely reflects current best practice.

“Fitted by” – Prepared or shaped by “vocational” history?

The Court of Appeal held that the word “by” in “fitted by” or “suited by”, “directs attention to the insured’s vocational history to date, and to occupations for which that vocational history fits the insured, that is, to the link or connection between the suggested job or jobs and the claimant’s past education, training or experience” [ii]. Again, there is nothing novel in that.

On one view the decision appears to impose an additional requirement that occupations for which a member is “fitted by” their ETE are only those for which the member has been “prepared” specifically by their “vocational history”.

If that is correct then this would, in effect, interpolate the word “vocational” into the ETE clause. In effect the clause would then read as “fitted by their vocational education, training or experience.” The effect of that would be to turn every “any occupation” policy into an “own”, “own prior” or “usual” occupation policy.

However, the Court of Appeal specifically rejected the argument that they were requiring that work options be limited to the insured member’s “usual occupation” or affecting “any occupation” policies in that way.

Accepting the Court of Appeal’s rejection of that argument at face value the focus on prior “vocational history” would then appear to be a question of emphasis regarding the practical importance of the vocational history as one aspect only of the analysis of ETE in most cases rather than the imposition of a new test.

In discussing the issue the Court of Appeal referred to the leading cases of Halloran and Dargan. In Dargan [iv] it was held that taxi driving was within the ETE of a truck driver despite his never having driven taxi’s before, whereas in Halloran [v] it was held that an administrative job negotiating traditional land rights on behalf of aboriginal communities after a 3 year TAFE course was held not to be within the ETE of a machinery greaser. These are standard cases often referred to in describing the spectrum from within to outside ETE and the extent to which some retraining is acceptable and are not indicative of an intention to impose a major change to the law.

It would have been far more interesting to see whether or not the Court considered the work options in Birdsall, [vi] in which the Court of Appeal accepted that work as a spare parts interpreter, sales assistant or customer service / advisor in the automotive industry was within the ETE of a motor mechanic despite his never having had specific experience in sales or customer service before, were still appropriate given the current formulation. [vii]

The fact that the Court of Appeal rejected the submission that it was converting “any” to “own” occupation policies and did not suggest that leading cases such as Birdsall were being overturned, tends to support the view that this may have been a case decided on it’s facts and heavily influenced by the fact that the EA did not take the relevant psychological factors into account noting that those psychological factors largely excluded the work options selected by the EA and relied on by the Insurer.

Time and future Judgments will tell.

The Court’s analysis of the EA confirmed that the Courts will, quite reasonably, apply a very high standard to the reasoning processes in an EA relied upon by an Insurer to decline a case.

As discussed previously, while the law of expert evidence as stated does not change, in practice different standards are applied by Courts depending on the nature and size of the case, the jurisdiction, the issue the opinion addresses, and the expertise involved.

In practice the standard rehabilitation report prepared for a work capacity decision, to which the rules of evidence do not apply, is probably not going to be adequate for a Court. That is not to criticise such reports nor to suggest that they are not fit for the purpose for which they are prepared, but to note that a report prepared for use in a jurisdiction to which the rules of evidence explicitly do not apply is unlikely to be suitable for use in the Supreme Court. This should not be a surprise to anyone, and is consistent with Justice’s Ball’s interlocutory decision refusing outright to admit into evidence a rehabilitation style report in Erzurumlu v Kellogg Superannuation (discussed previously).

As discussed in this previous seminar there is a real question about whether TPD policies incorporate the common law concept of a “reasonably accessible” labour market and also the extent to which that may be related to the debate about “unable” v “unlikely” policies.

The Court of Appeal noted the debate but stated that as it was obiter dicta at first instance and not necessary for the determination of the Appeal they would not provide an “advisory opinion” as it was not fully argued.

This issue remains a live one for some future case!

It is anticipated that it will arise in a case involving a person with good ETE and capacity for employment if they were living in a capital city but who is TPD only by reason of the lack of suitable employment in their reasonably accessible labour market, and particularly if they have moved there post the relevant date / date for assessment.

For this reason an EA may validly be asked to address this question in the alternative.

In practice, regardless of whether or not the ETE question has in effect been changed to “vocational ETE”, you need to continue to take into account all impairments, start with ETE and work outwards which will provide the best and most naturally related and forensically persuasive work options flowing from the insured member’s ETE and, critically, provide a report which complies with the high standards of reasoning explained in Makita recognising that the standards required of an EA in TPD is full compliance with s79 of the Evidence Act.

For the time being the starting point should be that the geographical element incorporated in the analysis of the reasonably accessible labour market applies.

Questions or feedback on this topic welcome to:

Enquiries about Employability Assessments by the ECA division of Expert Experts: http://www.ecapacity.com.au/contact-us or eca@ecapacity.com.au or 02 8078 0700.

These seminar notes are not legal advice. I regularly conduct discussion groups on discrete issues in different areas of expert evidence to promote thinking amongst expert witnesses in the field. It’s been suggested my short synopses of these seminars might be of interest to others. If they are I’ll post more.

Legal Seminars: I regularly present seminars on different areas of expert evidence for the Law Society of NSW. Many of these are co-seminars with experts discussing the interaction of the law and their field of expertise and allowing solicitors an opportunity to meet and ehar from the experts they brief. I also present these seminars with experts to larger firms and insurers for whom sending large numbers of people to the Law Society seminar is not practical.

[vii] Marcia Lee, ECA’s Quality Assurance Manager, was the vocational consultant who prepared that report and gave evidence at the Trial. The Court’s acceptance of her opinion clearly relied heavily on the detail and quality of the explanation of the linkages between the ETE and the work option selection.

This article is related to:

Expert Experts sources experts in all disciplines for lawyers, insurers, government and industry across Australia

Since 2001 Expert Experts have been helping clients across Australia find the right expert to address their evidentiary requirements across many areas of law.

Let us help you save time and cost.

Conclaves - An introduction to Conclaves (esp in the NSW District Court)